We have been twinned with Bouchain [France] since 1982 and Eitorf [Germany]. Each year both countries are represented at the Thoroughfare Food Drink and Craft Fair to promote and sell their national produce. The Halesworth contingent reciprocates and travels to Bouchain for their Christmas Market.

Over the years many friendships have been formed facilitating formal and informal exchanges, with previous members from all three towns still hosting. 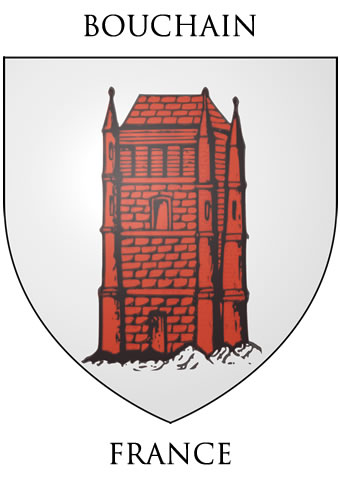 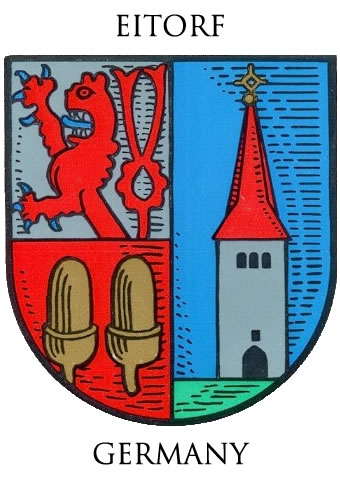 This year marks the Silver Anniversary of our twinning with Eitorf in Germany. To mark this occasion we had our first celebration in June here in Halesworth, where we enjoyed an Anniversary Dinner.  We have decided to create a special spot in our Millennium Green with the planting of a group of Silver Birches, with kind permission of the MG committee who manage this local beauty spot with the aid of volunteers. The official planting of the trees will take place in the Autumn.

The second leg of our Anniversary celebrations took place in Eitorf in September. For this occasion , we presented a Silver Trophy in memory of Achim Korte and Frank & Marianne Hassel who were prominent members of their Twinning Society, in past years and we plan to play our twinning towns (Bouchain and Eitorf) at a Competition of Silly Games each June here in Halesworth.

The occasion was also the Ruby Anniversary of the Eitorf- Bouchain Twinning and the 875th Anniversary of the Town of Eitorf  (79 years older than Halesworth!). Both myself and our Town Council Chairman as well as our counter parts from Eitorf and Bouchain spoke at a Grand Reception to celebrate our Twinning relationship. All our speeches emphasised the importance of us retaining our links, whatever happens in the future. Afterwards we were entertained by a classical music duo (cello and violin), a dance group and the Eitorf Carnival Troupe, whose irreverent sense of humour was shown by their naming our Chairman as the Burgher-King of Halesworth; Cllr Wollweber took it with good humour and went on stage to play his part in the jollity of the event (whoever said that the Germans don’t have a sense of humour !)

The annual Mystery Tour took us to the Lindlar Open-air Museum, which was created to show us how the local countryfolk once lived.
Apart from these events we were also hosted by the members of the German Twinning committee, with their usual generous hospitality. Everyone had a great time! 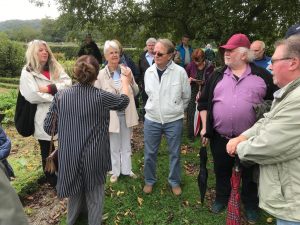 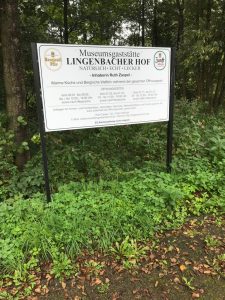 Our next trip will be to Bouchain for the Christmas market (7/8 December) , where we have a stall selling Christmas food and drinks.
If you’d like to join us, please use the email above. We can arrange for a French family to host you and will have a minibus to take you .

Halesworth Honoured with a Street Name in Eitorf

On the 27th April, Dean and Linda from Halesworth travelled to Eitorf for the inauguration of the path.  Also in the photo are Andrea from Bouchain, Marianne, Wolfgang & Elke, Walther from Eitorf.  The main committee in Eitorf decided at their meeting on 27th March 2017 , to name a new path “Halesworth Path.” The path is used by pedestrians and cyclists as a shortcut from the station, over the new Eipbach Bridge to the Siegbalkon, and is intersected by the street “Am Eichelkamp.” This will indicate the connections between Eitorf and Halesworth. Bouchain is honoured by the “Bouchainer Platz”. 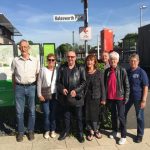 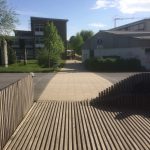 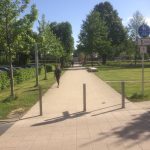 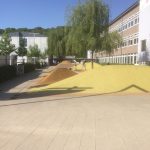 9th and 10th September
Eitorf Surprise Tour to Bouchain (France)….. such a surprise that we don’t even know what it is yet!

8th and 9th December
Visit to Bouchain to attend their Marché de Noel.
This is our main fundraising activity of the year, where we have a stall selling Christmas cakes, marmalade, hot toddies and whisky mac.  A real opportunity to meet the locals and be part of the community.
Stay en-famille with a group meal on the Saturday evening and enjoy a traditional Christmas market on the Sunday.
Minibus travel for this weekend may be available subject to interest levels.
Help with the stall always appreciated (and its great for your French trying to explain what a Whiskey Mac is!)

There was a visit from a dance troupe from Eitorf with their dance teacher Mary Kollack.  The girls performed outside the Swan pub with a Can-Can and Charleston.  The visit also included bell ringing at Wenhaston and a day at a beach hut at Southwold. 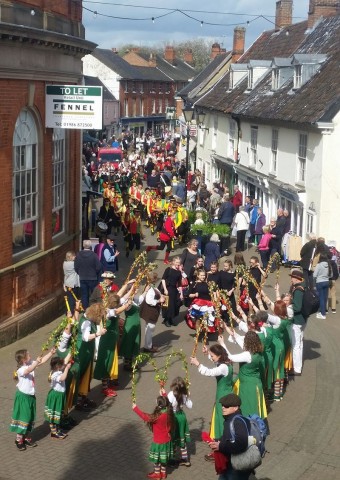 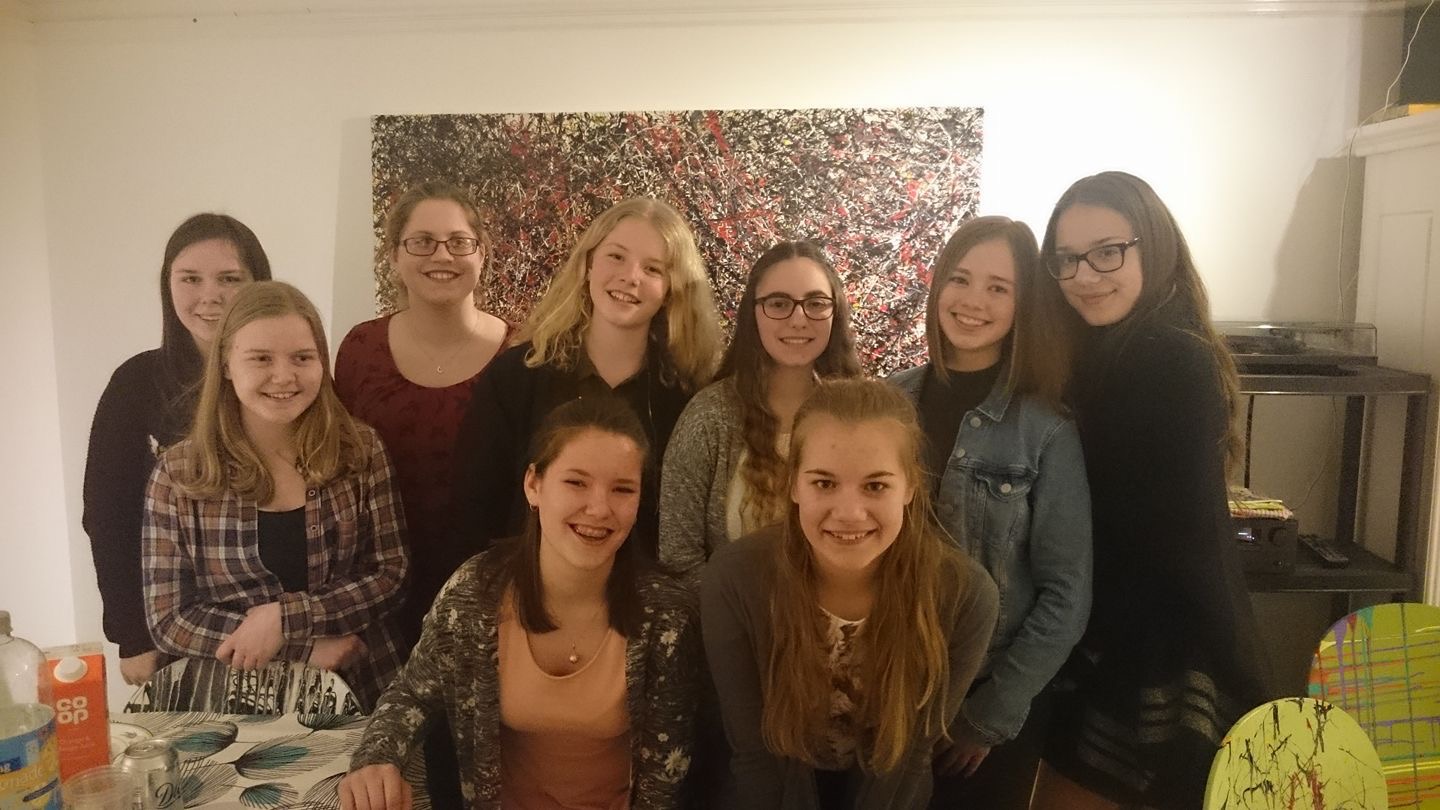 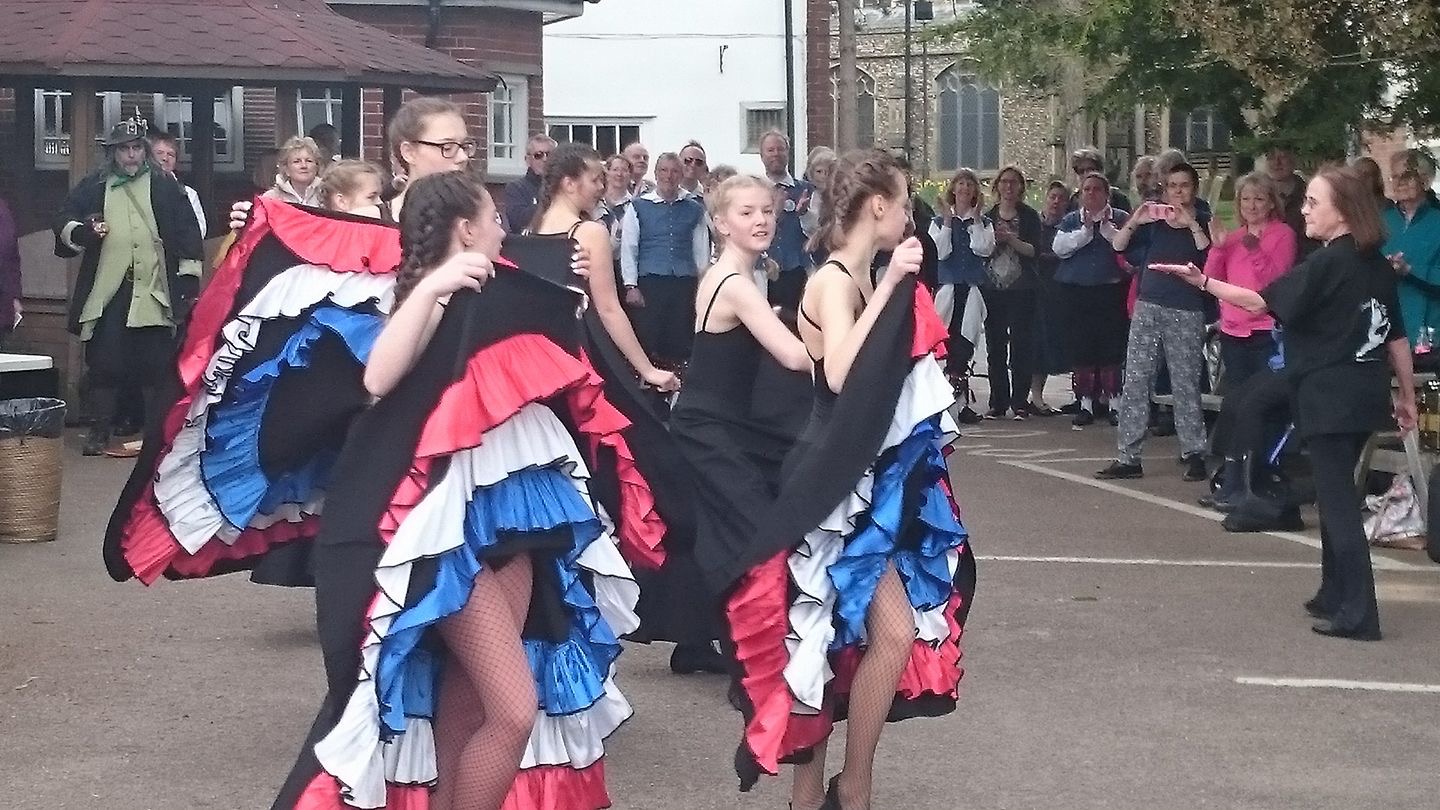 A recent visit to Halesworth of delegations from Bouchain and Eitorf saw a total of 18 French and Germans visitors stay with host families in and around Halesworth. On Saturday evening the Halesworth and District Twinning Society held a party in Holton village hall, with a BBQ and buffet of home made salads and desserts. The U3A ukulele band provided some musical entertainment. On Sunday visitors spent the day with their hosts, and the delegation returned home on Monday morning.  The next event is the visit to the Christmas market in Bouchain, where the English delegation will sell marmalades, Christmas puddings and hot toddies! 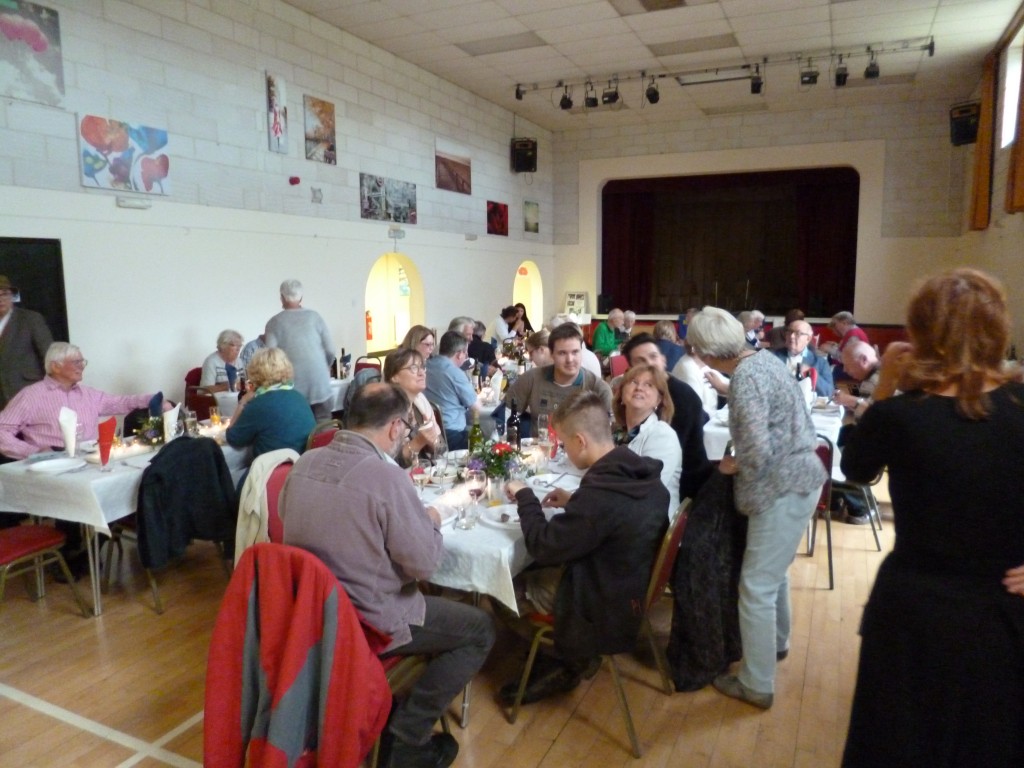 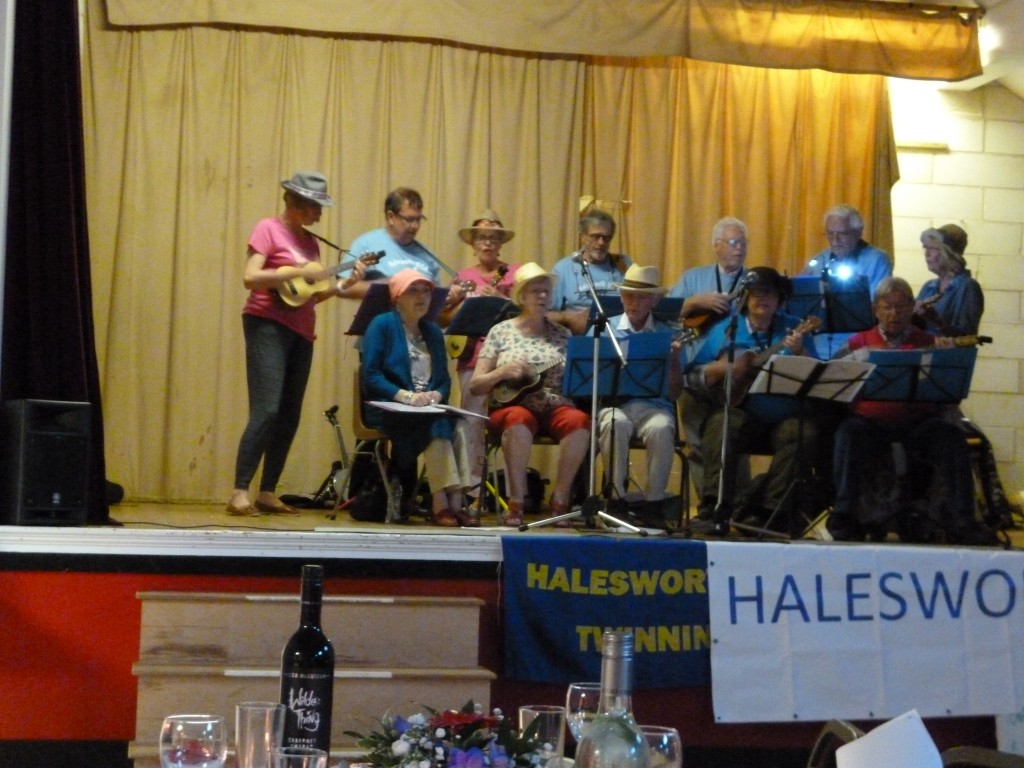 Six people recently went to the Eitorf Spring Trade Fair in Germany – the Eitorfer Frühling. This took place over the weekend of 23rd and 24th April 2016. Bouchain and Halesworth had stands next to each other in the middle of the pavilion. Visitors were hosted by local families and there was a lovely evening get-together and dinner with the French visitors and German hosts on Saturday night. 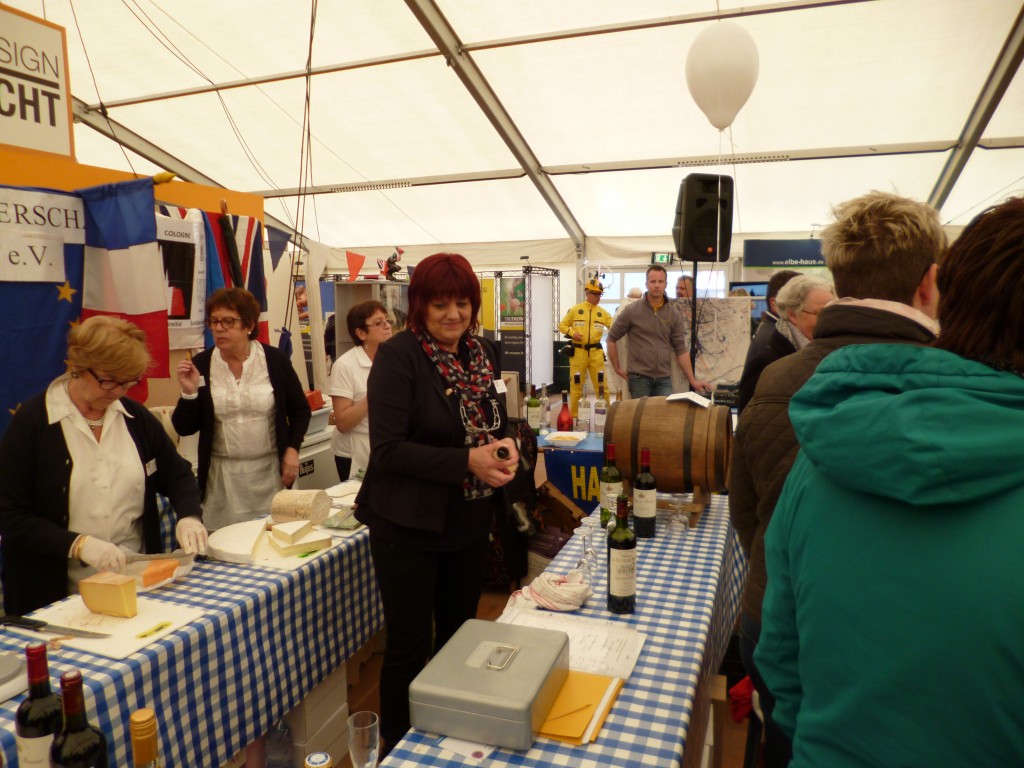 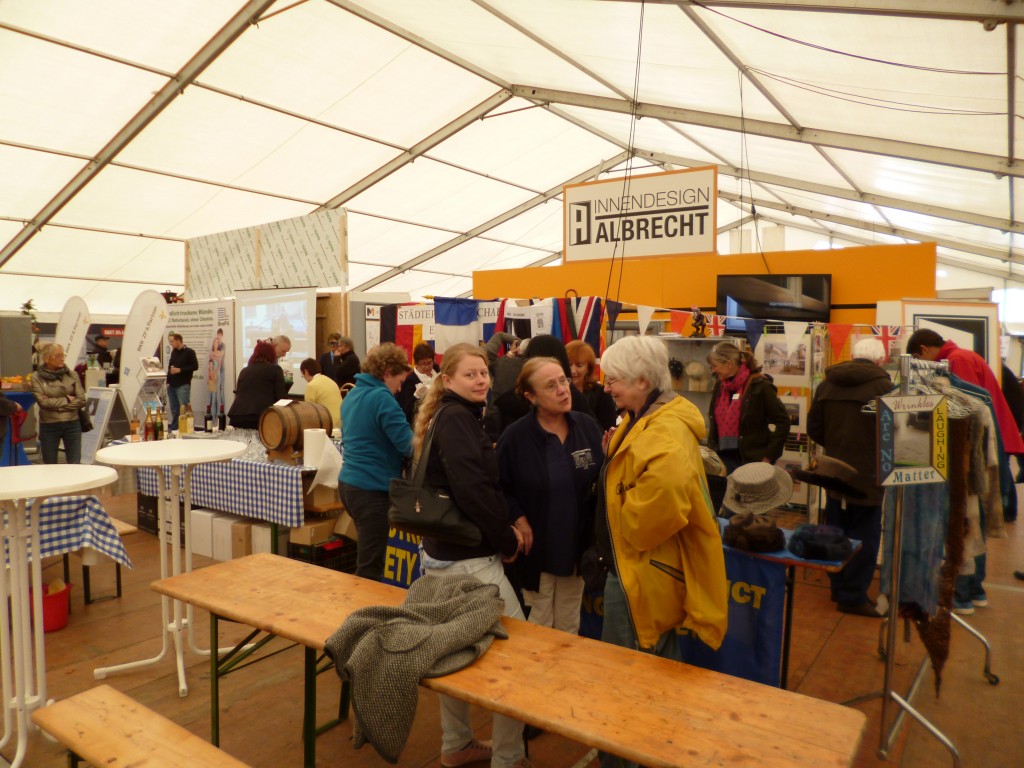 The Clerk is Mr Nick Rees

The office is open 9am – 1pm  Monday, Wednesday & Friday or by appointment 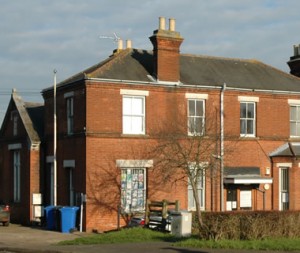 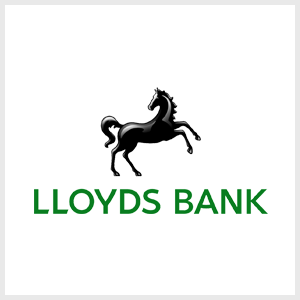 Monthly meeting of the Town Council Members of the public and the Press are welcome to attend the video conference by contacting the Clerk
View Calendar
Add
This site uses cookies: Find out more.