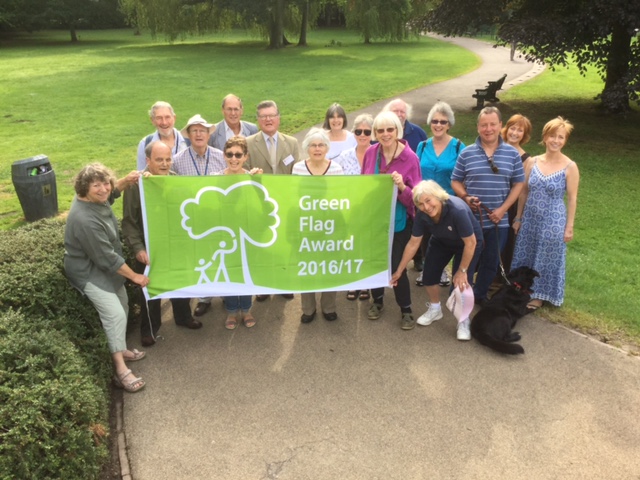 Posted at 10:51h in Latest News by Phillippa Welby
More parks and green spaces than ever will be flying the Green Flag Award this year – more than 1,600 across the UK. Halesworth Town Park in Suffolk is one of the very best in the UK – and that’s official.
The Park is among a record-breaking 1,686 parks and green spaces that will today receive a prestigious Green Flag Award – the mark of a quality park or green space. The award, now celebrating its 20th year, recognises and rewards the best parks and green spaces across the country. A Green Flag flying overhead is a sign to the public that the space boasts the highest possible standards, is beautifully maintained and has excellent facilities.
Tamsyn Imison who entered the Park on behalf of Halesworth in Bloom and the other Community Groups associated with our Town Park said: “We are absolutely delighted to receive a Green Flag Award for the first time from Keep Britain Tidy.
International Green Flag Award scheme manager Paul Todd said: “We are delighted to be celebrating another record-breaking year for the Green Flag Award scheme, especially as we celebrate the 20 th anniversary of the Awards. “All the flags flying this year are a testament to the efforts of the thousands of men and women, both staff and volunteers, who work tirelessly to maintain the high standards demanded by the Green Flag Award.”
Taken from The Keep Britain Tidy press release 21st July 2016