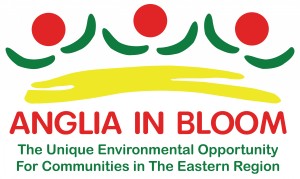 Well done to the hard work of the Halesworth in Bloom team, winning amongst other prizes, a fourth Gold in the Best Small Town category this year at the Anglia in Bloom prize giving ceremony this month.

Other prizes and nominations received were:
The Closed Cemetery won a Silver award in the Small Cemeteries category.
The Town Park won a Silver award in the Medium Parks category (which was
quite an achievement seeing as it should have been judged in the Small Parks
category!).
Bernard Mills'  'converted driveway' garden was nominated for a Biodiversity
award.
Halesworth Town Centre was nominated for a Community Project award.